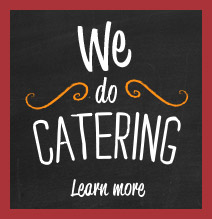 DALLAS – Le Duff America announced today the results of fundraising efforts that generated more than $720,000 during the month of September.

The multi-brand company and three of its premier café bakery concepts came together as a unified group to spread a sincere sense of community through the Share Our Strength Dine Out for No Kid Hungry campaign, an annual nationwide effort during the month of September focused on ending childhood hunger in America.

Collectively, 400-plus Bruegger’s Bagels, la Madeleine and Mimi’s Cafe locations participated in the Dine Out for No Kid Hungry campaign. Management and staff at the café bakeries showed heartfelt dedication to the cause during the campaign, helping build awareness and encouraging contributions from new and longtime guests.

“Our core values are grounded in creating a feeling of community — you can feel it with every visit to each of our cafés,” said Jim Vinz, co-chief executive officer of Le Duff America. “Given what grounds us, we take the Share our Strength Dine Out for No Kid Hungry campaign to heart. We’ve all rallied together around this. Our loyal guests and dedicated Le Duff and brand teams have joined forces to make a meaningful difference for kids who need it most. We should all be proud of what we’ve accomplished.”

Notably, Le Duff America exceeded its Dine Out for No Kid Hungry goal by more than $120,000.

During September, by visiting Bruegger’s Bagels, la Madeleine and Mimi’s Cafe locations, as well as thousands of other participating U.S. restaurants, consumers took another step to help put an end to childhood hunger in America. One in five children in the United States struggles with hunger. Share Our Strength’s No Kid Hungry campaign is ending childhood hunger in this nation by ensuring all children get the healthy food they need, every day.

For more information about Share Our Strength’s No Kid Hungry campaign visit nokidhungry.org.